Russia gave every of its citizen free home after Soviet broken up. It’s sitting on a surplus of foreign assets and very healthy foreign exchange reserves of around $375 billion. Moreover, it has a strong debt-to-GDP ratio of just 13% and a large (and steadily growing) stockpile of gold. It has one of the lowest debt/GDP in the world and is the last frontier of investment. It just need to print and spend out of recession.

Of all Russia stock: OGZPY is the Deal of The Day: buy OGZPY below 4.5 is safe: Russia natural gas price is long term contracts and fixed with European and Asia countries, paid by USD, not much impacted by tumble of oil price and RBL(it benefit because wage is paid in RBL). it signed gigantic deals with Both China and India lately. Author bought at 3.65$ with P/E at 1.33.

We also like STGZY below $4.4(it has $35 Billion cash, market value is half of its cash and no debt); buy RUSL below $16 and SBRCY below $4. buy on bad news and future down grade. RUSL likely build base at $16~22 for sometimes as long as Ukraine issue stay. 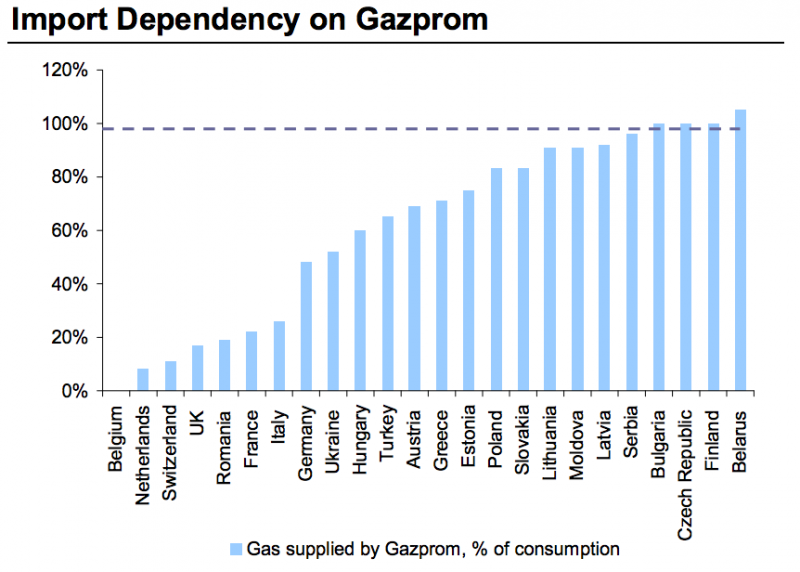 “I do not think Russia is “going out of business” or going to zero as the stock market would have had you thinking in the first two weeks of December – and I certainly don’t believe the Google market cap ($360 billion) should be higher than that of the entire Russian stock market. … I think a few years from now people will be saying they wish they had bought Russia (RSX) …

Russia has the best educated people, very advanced technlogies, the lowest debt for both citizen(its citizens got free house) and country, and the biggest resources…..everything spells bull. it is the last and best investment for years to come. In the meantime, it is and will gradually becoming more democratic and reasonable, it has learned a hard lesson.

———–modification: Feb 17: the followings indicate Putin has NOT learned his lesson. Suggest sell RUSL and OGZPY (I did). the war will continue. US, EU and Saudi will continue to put pressure on Putin, in extreme case, will try to replace Putin.

Horrific Images Capture The Sheer Brutality Of War In Ukraine

suggest buy US based asset UGAZ, here is the reason.